It was with such excitement a few weeks ago that we finally captured on camera the extremely shy African finfoot!

Our volunteer Louis had captured a rough headshot of the female finfoot one day when we had been away. He showed me the photo asking what bird it was. When I saw that head my heart skipped a beat, but I daren’t say anything till I’d doubled checked with the bird book. Sure enough, my initial thought was right, it was a female finfoot. 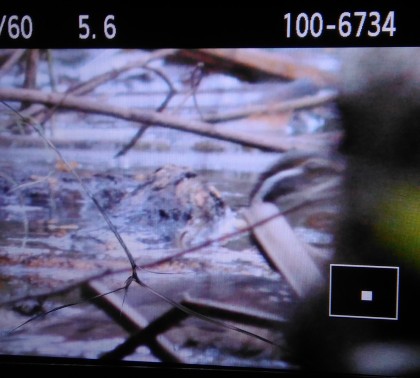 If you are not a birder it is understandable to question just why I was so excited about a, and I’ll admit it, not especially splendid looking bird. This bird features high on many birders list because of its shy nature. It quickly takes to cover when disturbed, so spotting it in the heavily vegetated lakeshore can be a tricky task. The boat trip on Lake Mburo is so popular with birders, primarily because of this particular species. Chances are high that one or two will be spotted. So with eveidence that they were around it was time to gather some more info. 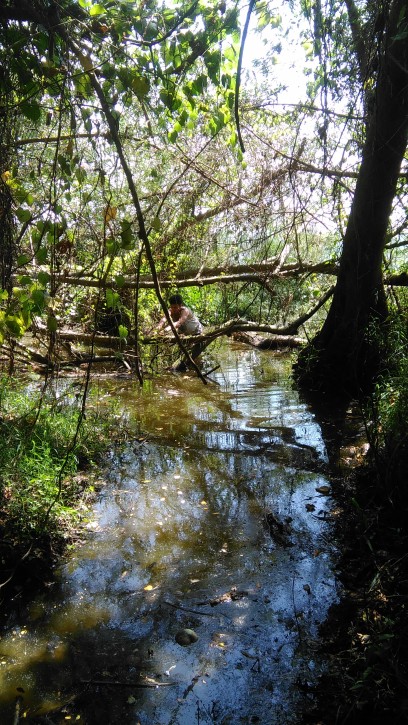 We camera trapped the location where Louis had spotted the finfoot but after more than a week with nothing but black crakes, fighting black-crowned night herons, hippos and a terrapin we were losing heart a bit.

Luck changed when another volunteer Helen got a “feeling” she should put the camera up again in the same area but on a slightly different angle. She had been walking on the lakeside path and happened across a white-spotted flufftail. A bird, which up until now, we had only caught on the camera traps. Elated from this rare bird spot she got the feeling she should get the camera back up. Sure enough the finfoot came that very day, captured within the first 10 photos taken. 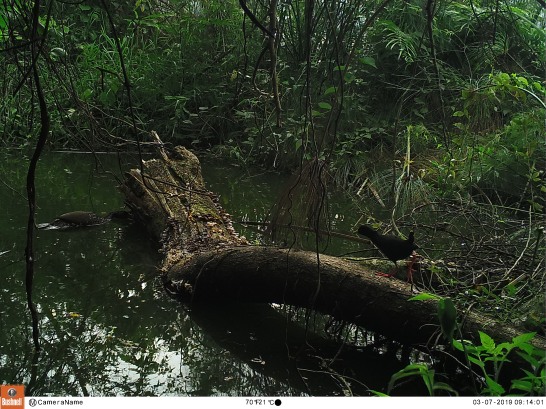 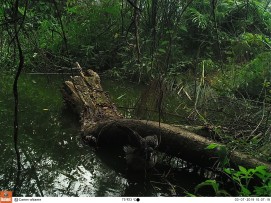 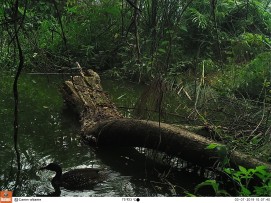 Now the next step is to figure out just where their preferred paths and fishing spots are and set up an observation hide where quiet birders and watch out for them. Fingers crossed we get to learn more about our friendly finfoots in the near future!