Well it seems that Nathan wins the bet again. 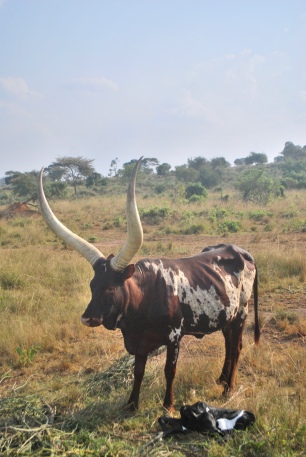 Friday morning came, Nshama conceded and announced that Ngabo would give birth today. I spent the whole day checking on her, seeing how she was doing, eagerly anticipating the camps new arrival. At 4pm Enshama and I went to check the herd down by the lake but failed to spot her. After some searching around we found her in the thick lakeside bushes. Another bull to join the herd but a bit of surprise with it. We all believed she had been mated by our beautiful Ankole bull, but lo and behold, a black and white calf! A fresian bull had gotten to her! Despite this surprise he’s still a gorgeous little thing, it was an endearing scene  watching him totter after his mother up the hill.

A herd of zebras visited the cows salt lick this morning getting a cheeky lick in while the cows were away. It’s not only the zebras who like to nick a bit of salt, but often even the hippos will come for a nightly salt fix.

We hope to catch some nightly hippo action as the camera traps are back up along the forest paths near the lake. We’ll check them tomorrow morning to hopefully get a glimpse of the nights happenings, hippo or other wise. It’s great fun to set them up and it’s not a job you should rush. It’s such a disappointment to look at your photos and realise you’ve only captured a glimpse of a portion of animal because it was at the wrong angle. However this afternoon it tried my perseverance to get the camera up in the right place as there were hundreds of safari ants. There ensued a lot of hopping about, stamping of feet and the occasional yelp as one reached the soft skin of my belly! The things we do in the name of nature! 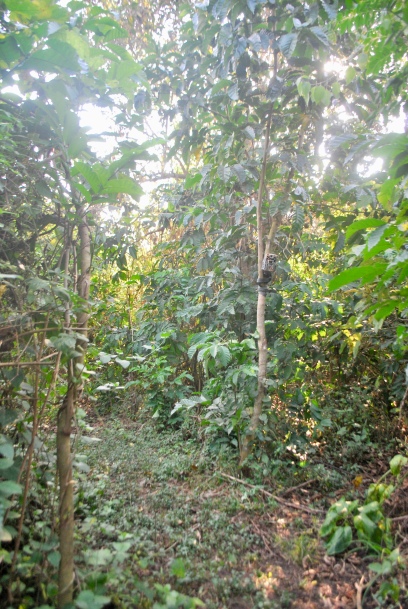